Currently based in Berlin (DE)

California-bred Robert Yang (They/He), also known as Bézier, is an American DJ and producer.  While best known for being one of the earliest members of the queer San Francisco musical collective Honey Soundsystem, Yang also produces under multiple aliases and heads three blooming labels, Bodyzone, m-i-v (short for mémoire involontaire), and his most recent endeavor, Piece of Work.  Bézier cut his teeth in the San Francisco scene for a decade, and now toggles between Berlin
and SF, where he continues to expand his sound and vision into a cohesive yet dynamic mosaic.

Yang moved to San Francisco in 2005, spawning an era of pivotal connection and collaboration that cemented Yang’s identity as a DJ and producer.  Shared affinities would lead Yang towards affiliation with the Honey Soundsystem crew, resulting
in a prosperous period of musical growth as Bézier.  Yang’s first release, the Italo-inspired track “Serengeti Drive” became a slow burner that imprinted itself upon listeners.  Since that initial, humble release, he’s released on multiple labels including HNYTRX, Dark Entries, Jacktone, Break Up, Cin Cin and others.  Ultimately, Yang’s Bay Area roots propelled him towards life as a touring DJ and live performer.  Equipped with an array of analog equipment, Bezier has toured in cities across Asia, Europe and the U.S.

From their early interest in brain-dance and IDM to their dance-forward proclivities as a HNY DJ, Bézier’s influences are wide-ranging, resulting in music that is as carefree as it is relentless.  A master of synth work, Bézier employs a range of analog synthesizers to create highly textured tracks that recall a retro-futuristic soundscape.  Though often pop-infused and Italo-leaning, Bézier’s productions also wander the darker spaces of EBM and techno.  Yang recently announced additional musical appendages.  His newly-minted label m-i-v (short for mémoire
involontaire) housed Thru-Out, a jacking, dance-floor ready collaboration with Vin Sol.  As of 2021, Yang took on another alias 羅伯特 (pinyin: Luōbótè, transliterates to Robert) under a newly-conceived label, Piece of Work.  His first album on the
label, Heirloom, got released January 2021.

Yang is a seasoned artist who has a strong grasp on their sound, while retaining a
fluid identity. 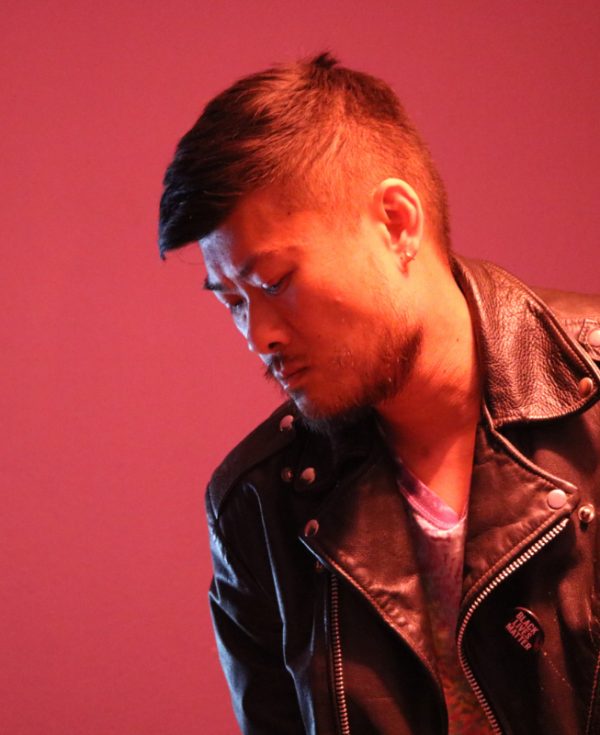